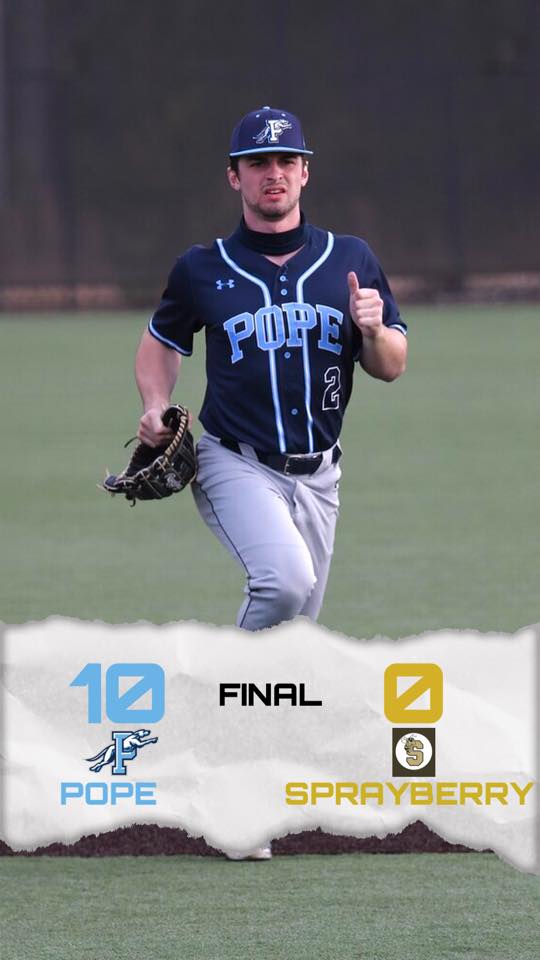 Pope Greyhounds Varsity defeated Sprayberry 10-0 on Wednesday as four pitchers combined to throw a shutout. Quinn Kerce struck out Wright to finish off the game.
Pope Greyhounds Varsity tallied three runs in the fifth inning. Kent Schmidt and Dawson Campbell all moved runners across the plate with RBIs in the inning.

Campbell earned the win for Pope Greyhounds Varsity. The fireballer lasted three innings, allowing one hit and zero runs while striking out one and walking one. Carson Kerce, Kerce, and Cullen Orr all put in work in relief out of the bullpen, steering their team towards the victory.

State Championship
8:00 am
View All Events